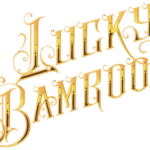 Nowadays when you typically think of tribal tattoos you think of solid black, curving lines, and abstract forms. But the history of tribal tattoos are so much more than that. There have been evidence of tattoos among tribes from all over the world including Maori, Samoan, Iban, Celtic, and many many others. The most famous of all tribal tattoos are those of Otzi the Iceman. He is believed to have lived over 5,000 years ago and his body is covered with tattoos of simple dots and lines. There are many other stories of mummies being found all over the world with tattoos that are thought to symbolize ritualistic, sacred, and therapeutic meanings.

With so many different cultures and tribes it can be hard to know which type of tribal is which. Here is a basic and short list of some of the known tribal tattoos that are still being tattooed today.

Maori: These tattoos are some of the most recognizable since they are face tattoos. They are very intricate and no two tattoos are alike. The tattoo artists are specialists in their own right as they use chisels and knives vs needles to create these tattoos. Getting a Maori tattoo can be incredibly painful. But there are plenty of designs to choose from such as Te Ora, Pikorua, Te Timatanga, Nga Hau E Wha, Koru, and more.

Samoan: Another very recognizable tribal is Samoan. There are two different types for male and female. Malu, for females are more subtle than Pe’a for males. Pe’a tattoos are usually on the lower half of the body, very large and intricate, and were traditionally used as a protection from wild animals. The designs include elements such as Marquesan cross, ocean waves, sun rays, and more.

Polynesian: This type of tribal has helped form some of the main foundations of contemporary tattooing. There is a ton of symbology behind these tattoos. These designs tie in to rights of passage, war accomplishments, affiliations, locations, and much more. The symbolism and placement of each tattoo has a very specific meaning.

Aztec: These tribal tattoos were traditionally tattooed during spiritual rituals meant to honor their specific Gods. The designs would range based on social status, and achievements. They were also used to differentiate between tribes and to showcase a warrior’s prowess.

Eye of Horus: During ancient times these tattoos had very significant meanings. Inspired by their religious beliefs, the Eye of Horus is meant to be a sign of protection, sacrifice, healing, and royal power for both the living and the dead. Archeologists have found evidence of this tattoo on mummies they have exhumed over the years.

Overall this is just a handful of different types of tribal designs used by many different cultures. These tattoos are still prevalent today and have been modified by many different people. If you are interested in getting one do your research and find out as much as you can about the design you are interested in. Respect the culture and you can end up with an amazing piece of art that can tie you to lots of historical roots.